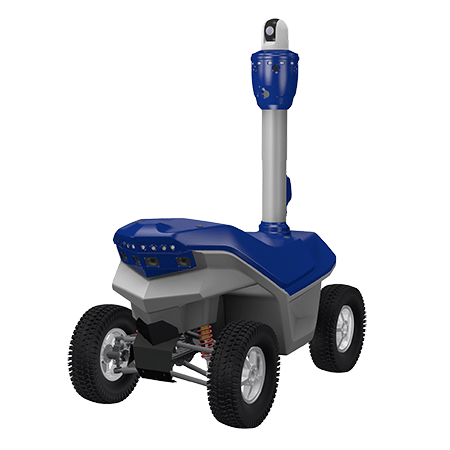 The robot’s artificial intelligence is used for Video Content Analysis and control of the cruise routes. The intelligent selection of patrol routes to optimally distribute the robots among their surveillance positions is important for group patrols. The operation mode involving intelligent group patrols that use artificial intelligence allows providing a high level of security that cannot be attained via traditional approaches that use a combination of CCTV cameras and patrolling security officers.

The Picard robot is a universal solution for the robotic security of all types of guarded premises. Robotic patrolling with intelligent video surveillance in a 24/7 operating mode is a modern-day solution for critical infrastructure facilities.

The AI Picard robot is capable of recognizing people. When a person is detected in the PTZ camera’s field of view, the on-board video analytics provides the ability to control tracking until an angle appears that is favorable and permits taking a photograph of the person’s face that is suitable for subsequent recognition. This is especially important for large guarded premises where a significant number of people may appear.

When using a group of robots to protect an area, data is accumulated to assess threats throughout the entire time of conducting a patrol. Big Data analysis performed by security robots allows evaluating threats based on their location and time. When choosing patrol routes, AI of each robot identifies the areas that are potentially the most dangerous, and enhances video surveillance along them. This is especially important for large-scale premises at critical infrastructure facilities.

The use of Big Data analysis to enhance security allows identifying deviations from typical human behavior and suspicious events in restricted-access areas. The prediction of potential threats based on AI estimates, as well as operational changes in the positions held by the robots and in their cruise routes, ensures that a very high level of resistance is put up against intruders. With a group of video surveillance robots you can establish several redundant security perimeters and identify alarm situations at the earliest stage.

Deep learning for the video content analytics of surveillance robots

The on-board supercomputers in the video content analytics system in Picard robots use deep learning algorithms to detect objects. Their neural networks are capable of distinguishing over 100 types of objects. Above all, this means people, different types of cars, their license plates, and weapons. Selecting objects, and subsequently tracking them with a PTZ camera, allows obtaining high-quality data suitable for further analysis and making objective decisions to assess a threat.

A security robot that has video content analytics and a built-in artificial intelligence group interaction control system is an ideal source of data for a large-scale security system. Accurate video data, with all unnecessary noise and information filtered out, has a scope that is suitable for wireless transmission. Metadata from thousands of security robots patrolling cities and industrial sites will undergo Big Data analysis in the data center. The presence of objective information from various sources will reveal the most subtle correlations, and provide the highest level of accuracy for predicting events to increase public safety.

One of the objectives that will be fulfilled in the near future using video surveillance robots is detecting suspicious behavior and identifying violent individuals. The combination of intelligent mobile robots and the computing capabilities of data center servers allows instantly detecting aggressive human behavior, recognizing it, and enforcing public safety. A large-scale group of intelligent video surveillance robots can provide total security, with minimal involvement on the part of security officers to maintain it. All of the strategic functions for enforcing safety will be given over to artificial intelligence; security officers will still have tactical objectives involving enforcing the law and detaining intruders.

Additional models of robots are produced for robotic patrols in various conditions. The S5.2 IS Promt patrol robot is ideal for continuous movement along patrol routes, including pedestrian passageways. An S5.2 IR Argus security robot with an intelligent PTZ thermo camera has been created for premises that are unlit at night, and for especially critical applications. A robot model equipped with a PTZ camera, but without autonomous intelligent analytics on board, is named S5.2 PTZ IS Kepler. This security robot is designed to operate under the intelligent remote video management system Smart City.

Detecting people within a 100-meter radius

Facial and wearing mask recognition up to 50 meters 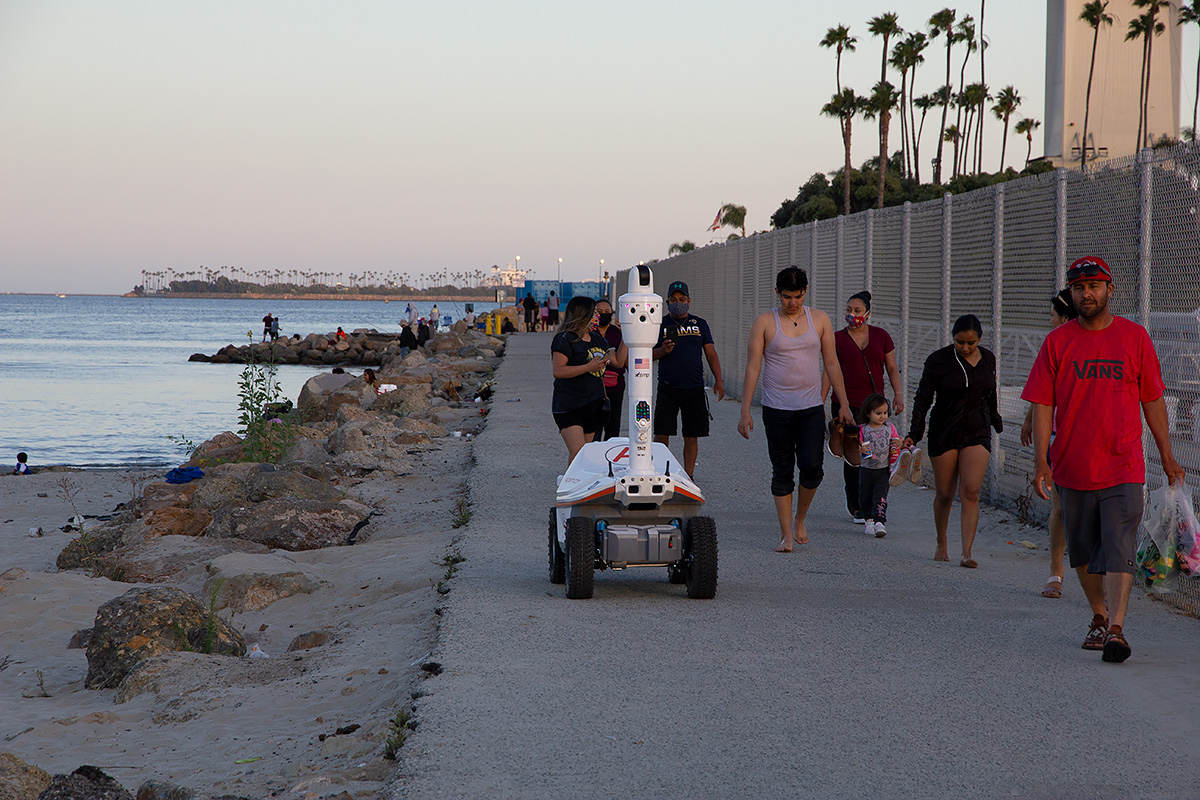 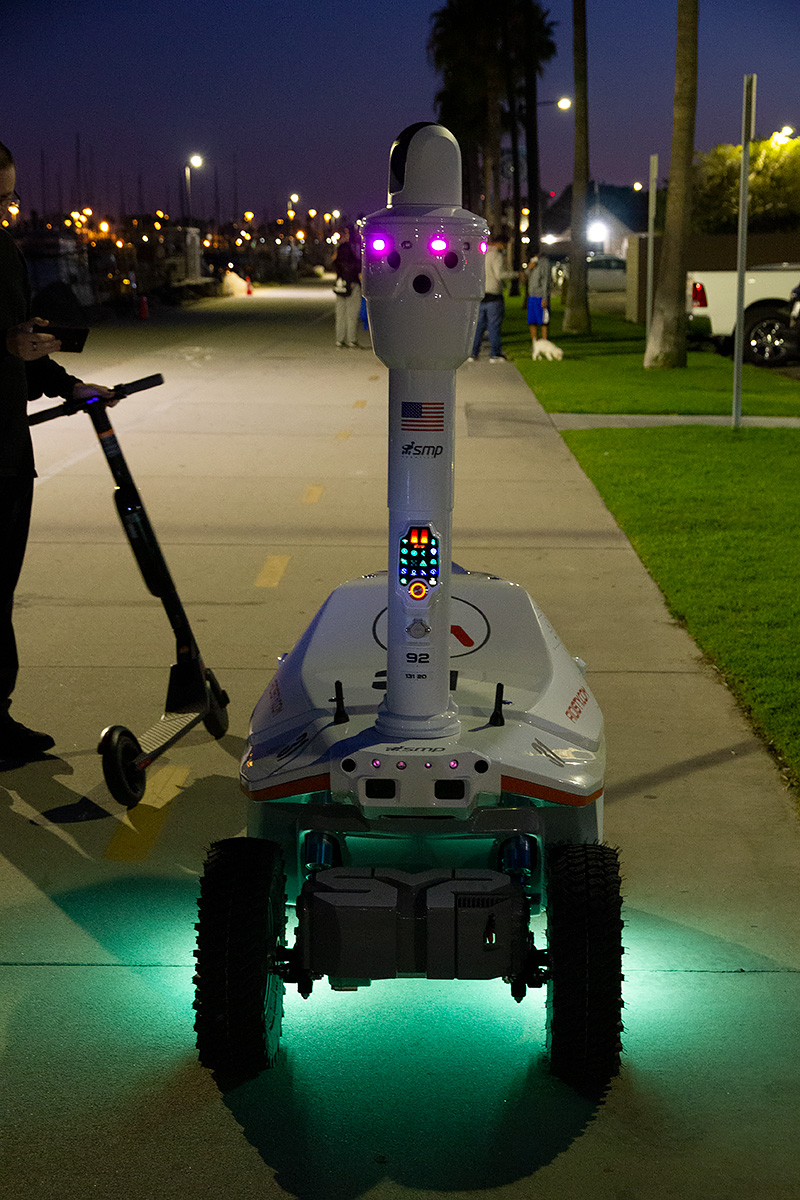 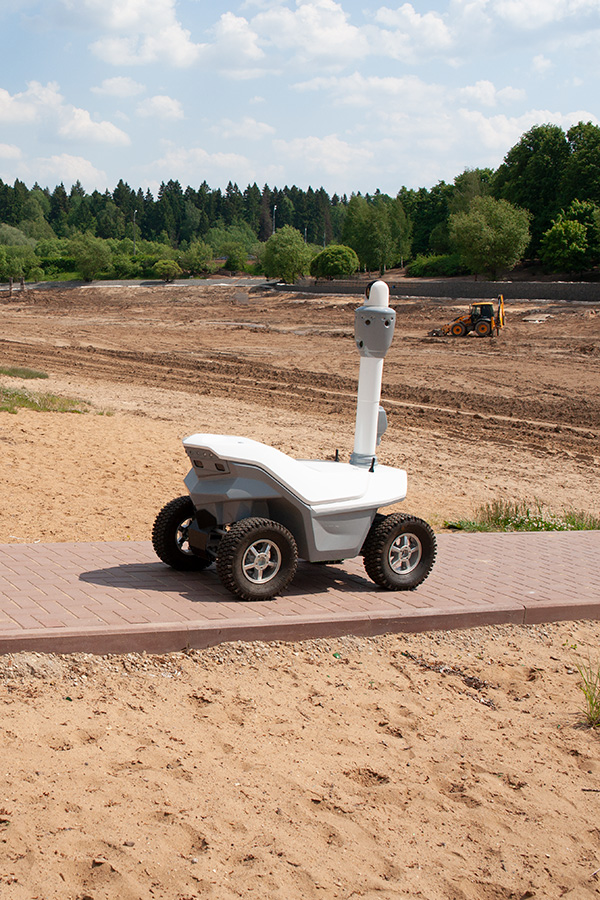 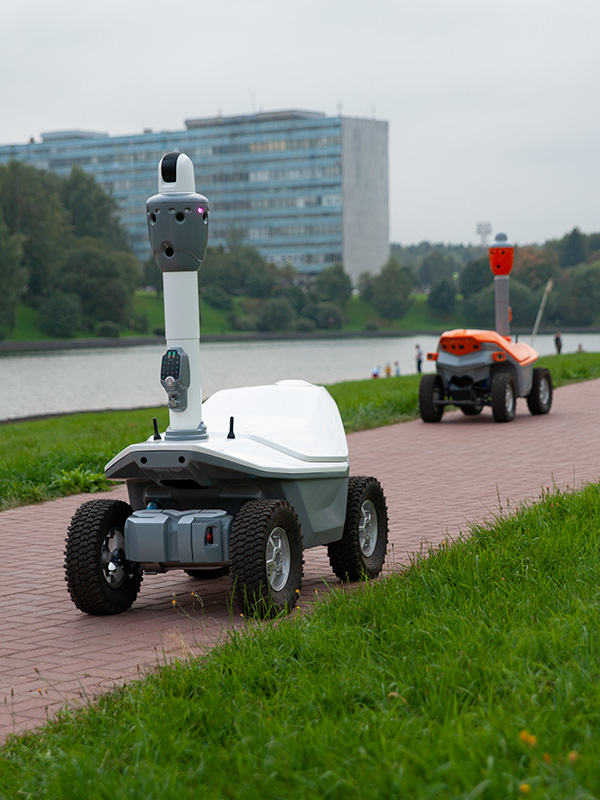 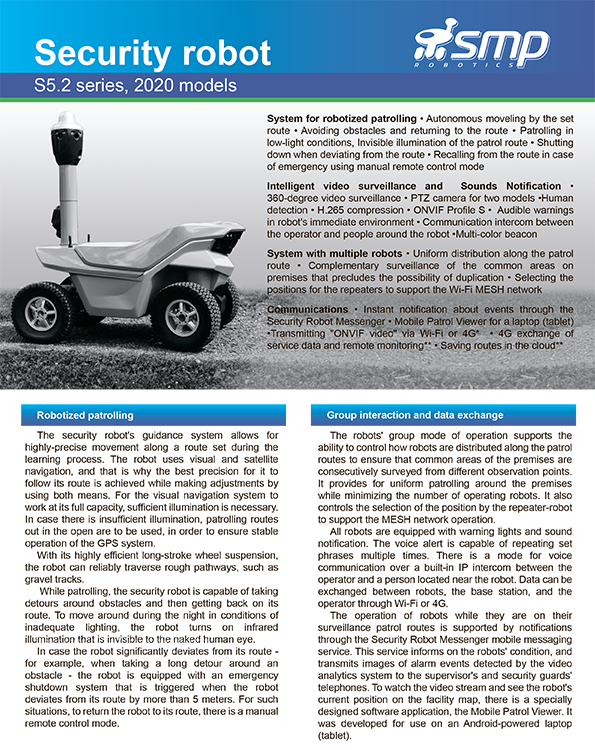