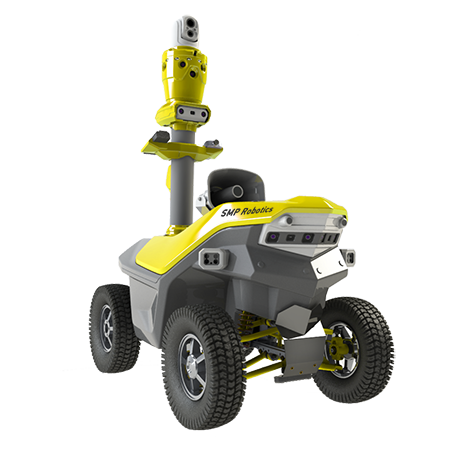 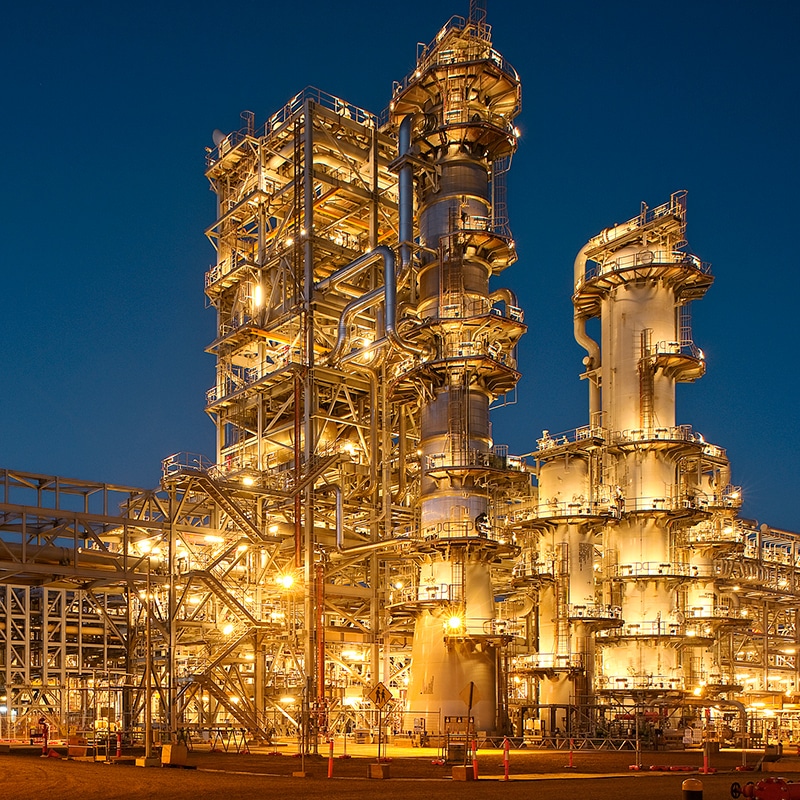 The control of air conditioning and gas content at chemical and oil & gas plants is essential for protecting human health and the environment, and in certain cases, preventing accidents. Gas content in the air is usually measured in close proximity to the equipment and its junction pipelines, as well as along the industrial facility perimeter. In most cases, gas inspection is performed by specialists with hand-held multi-gas monitors. This measurement procedure can be automated by fitting a mobile robot with gas analyzers and sending it on patrol around the area.

The S5 G robot is designed to measure gas content in the air at industrial facilities. A cradle used to attach a portable multi-gas detector is installed on the robot mast. The location of the measurement device, along with its mounting design, allows easy detachment of the device to easily read its data display. However, the primary way to transmit the readings on gas content is remotely via a wireless data link. The S5 G Gas Detector Robot is capable of automatically patrolling the perimeter of a facility in a completely unmanned mode. The robot’s guidance system automatically adjusts its cruise route when encountering obstacles, and it also automatically returns the robot for battery charging.

While patrolling an industrial facility, the mobile robot periodically stops to measure the amount of gases in the air. The gas detector sends the measurement results to the dispatching center of the facility. Depending on the wind’s direction at any given time, the robot may change its monitoring route.

Unlike humans, the S5 Gas Detector Robot is capable of continuously staying in the environment with dangerous concentration of toxic gases.

Along with gas monitoring, the S5 G Gas Detector Robot is capable of performing video surveillance, including obtaining recorded surveillance under hazmat conditions. The robot is equipped with a panoramic video surveillance system fit for operation in dimly lit conditions. Six cameras located in a circle form a 360-degree panoramic view, and the built-in WiFi module transmits the footage to the security station, allowing a security officer to control the facility area and ensure industrial equipment safety without any intoxication risk to the staff.

The S5 Gas Detector Solar robot is designed for long-term autonomous monitoring of gas content in the air with occasional relocation. The robot can operate without recharging its batteries for several weeks. During this period the robot recharges its built-in batteries with аn onboard solar panel. Independent energy utility is sufficient to power the gas detector and recharge the traction batteries that propel the robot. The solar panel is controlled and aimed at the sun by a solar tracking system that tracks sunshine all day and positions the solar panel at an optimal angle so as to ensure the highest possible electrical energy production, regardless of the robot’s orientation. The energy generated during the day suffices to power the gas detector at night.

Blast penetration is a widely used operation accompanied by a release of dangerous gases. A large concentration of these gases can present serious health risks.