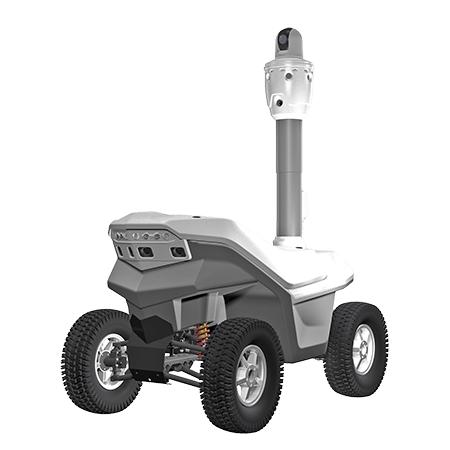 CCTV monitoring is an effective way to maintain security. However, setting up a robust CCTV monitoring system over an extended area is quite expensive. Hence, stationary CCTV cameras are usually complemented by security personnel patrols. 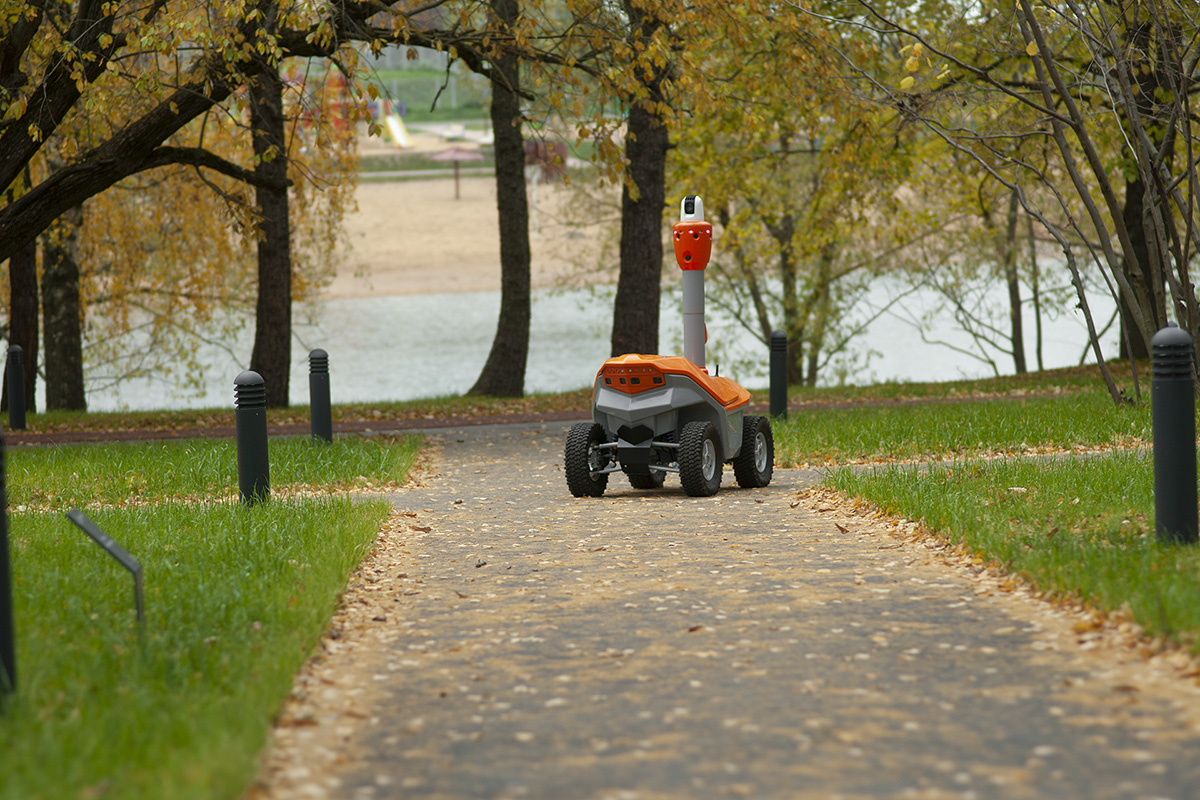 A security robot moves around a restricted area automatically, without direct operator supervision. Images from its built-in cameras are transmitted to the security station. If a stationary security sensor is triggered, the robot changes its route and moves to the location of the possible alert.

S5 security robots come in four variations. The basic first variation is fitted up with highly-sensitive panoramic CCD cameras. This variation is designed for patrolling dimly lit areas, possibly covered with trees or other obstacles that limit the monitoring distance to 16–22 yards. Six video cameras form a 360-degree monitoring panorama around the robot. A security station operator can see the video image from all the cameras simultaneously.

Long-distance CCTV monitoring (up to 110-210 yards) is provided by a PTZ camera-equipped robot. In addition to the basic model’s six panoramic TV definition cameras, the S5 PTZ model has an operated camera with a built-in 28x zoom module. The PTZ camera can function either in automatic mode, where it locks onto any motion detected around the robot, or in manual mode, where the object of monitoring is assigned by the operator.

The best choice for critical applications is the S5 IR modification, fitted up with a dual-spectrum PTZ camera. Along with an optical zoom module, it enables infrared (IR) monitoring with a non-cooled thermal camera. The IR camera makes it possible to detect a human being hundreds of yards away by day or at night. Unlike an optical camera, a thermal video camera does not need lighting to operate at night, meaning that a robot can patrol non-lit areas. For the robot’s passage to be precise, the patrolling route must be defined with night markers.

S5 series security robots designed for patrolling and guard duty have built-in digital video recorders for capturing images from all the CCTV monitoring cameras onboard the robot.

While patrolling facilities where humans may be present, a two-way audio communication between people near the robot and an operator may be required. For this purpose, we offer an optional unit called Panic Button and Two-Way Audio.

The Human Identification at a Distance option allows people to be identified in the field of view of the robot’s cameras where intruders can also be detected.

Video surveillance systems are routinely used as a means of security in open areas. However, such systems require access to electrical power grids, and providing the necessary cabling costs extra.

The S5s Security Robot is equipped with solar panels and is capable of performing continuous video monitoring without the use of external power grids.

In well-lit areas and in areas patrolled mostly at daytime, the S5 HD robot is the best choice. This mobile robot model is fitted with six high-definition cameras. As with the previous model, video cameras form a 360-degree, ultra-high resolution panoramic view.

Promotion of SMPs security robots in the world

Guards robots for an industrial, commercial and utility facilities 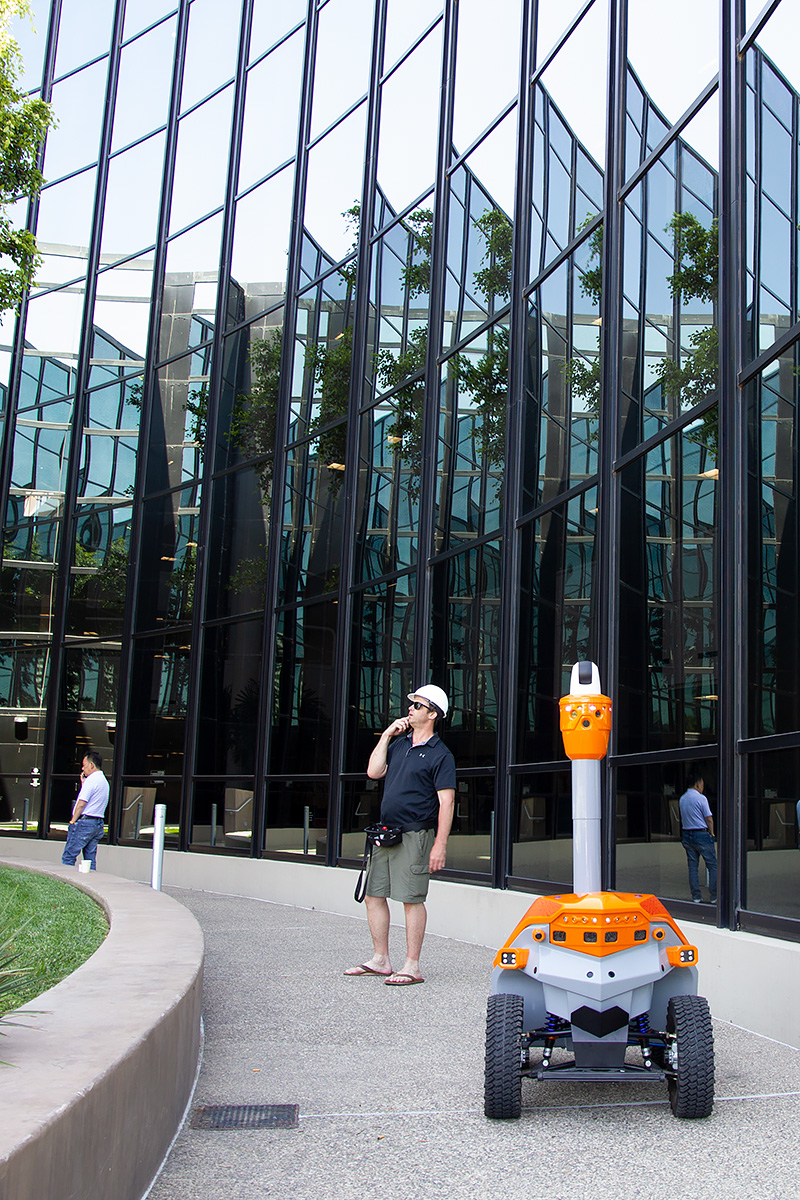 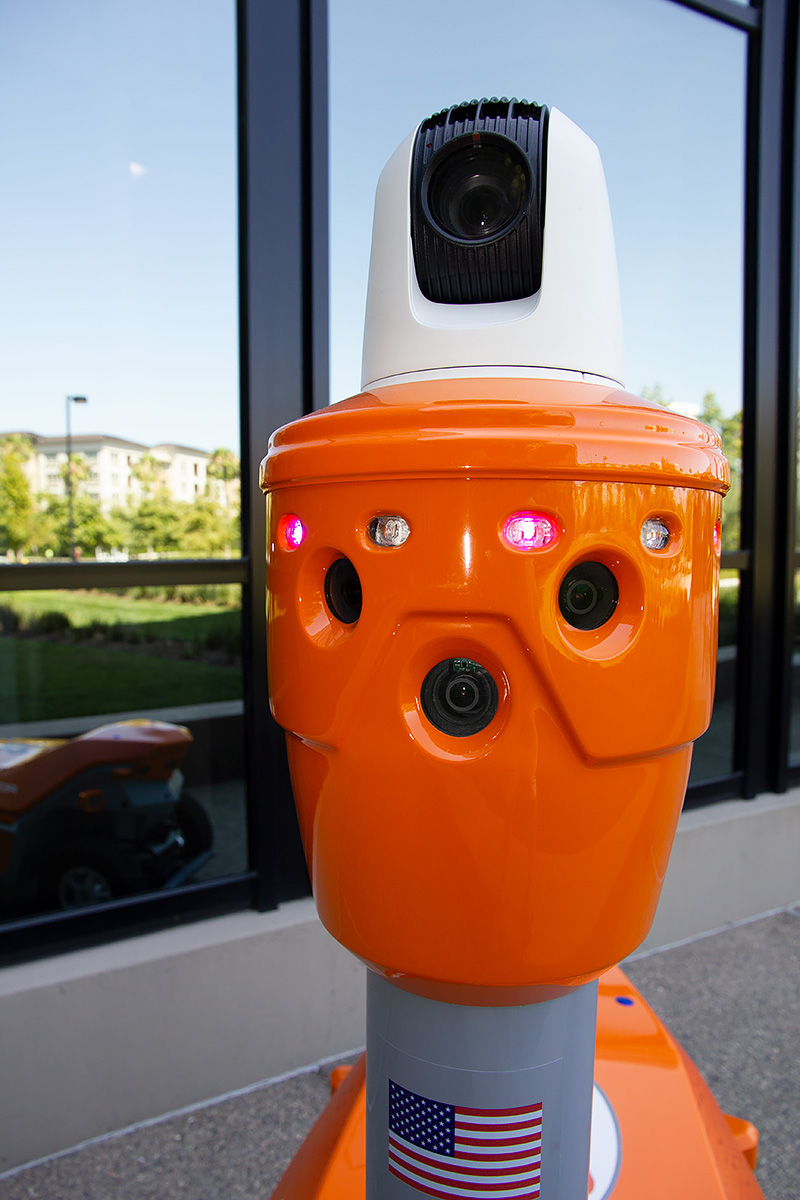 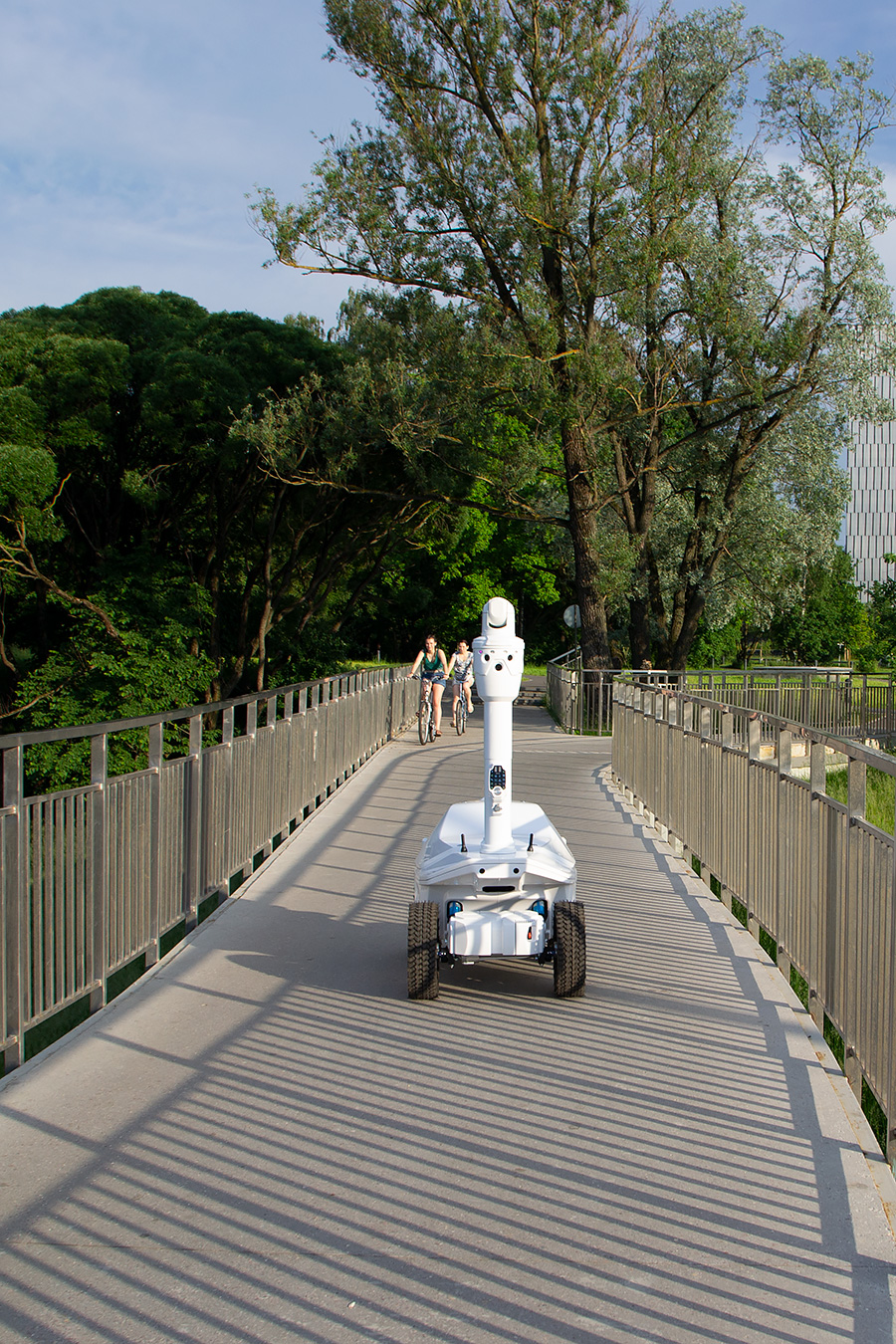 If mobile robots are used in areas where humans may be present, voice-communication capability can be useful. This capability is enabled by the panic button and the two-way audio option. The robot is fitted with a red button for calling its operator or the call center. Pressing this button activates a two-way audio mode for communicating with the operator and showing them the environment through the robot’s cameras. Built-in all-weather speakers are powerful enough for use outdoors. The microphone is fitted with a wind screen for better audibility in windy weather. The operator is provided with a bluetooth headset interface. This option is available for all mobile robot models.

Human Identification at a Distance

S5 PTZ mobile robot is able to recognize people at a distance. To enable this, all staff in the patrol territory are to carry a Long Range RF ID unit. If a person appears in the field of view of S5 PTZ’s cameras, the operated camera locks in on them and activates auto tracking, whereafter the Long Range RF ID system sends a request and displays the ID number, its owner’s picture, and the current video image from the robot’s PTZ camera to the operator for visual comparison. The Human Identification at a Distance system allows mobile robots to detect trespassers in a restricted area by continuously patrolling it and inspecting secluded places.

The Long Range RF ID unit enables identification from over 100 yards away. The built-in rechargeable battery lasts for one week of operation. This device has a surface on which to attach a photo of its owner. The wearable RF device can also function as a panic button. The panic button is protected from accidental pressing, as it is activated only by pressing two buttons simultaneously that are spaced apart. Location of panic button activation is displayed both on the security receiver and on the facility’s map.