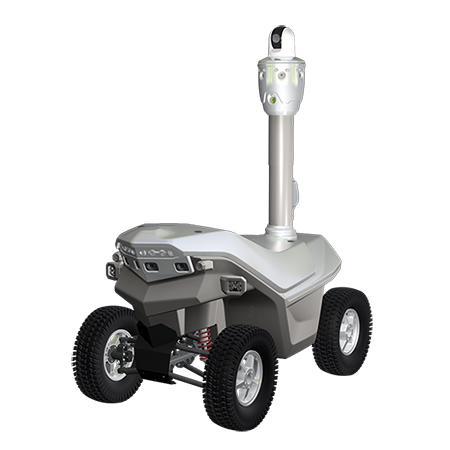 The S5.2 series robots are perfect for private use on the territories of large private properties, villas, ranches, estates. Outdoor video surveillance robots are an essential component of the modern smart home system. Thanks to an intelligent smart video surveillance system and cameras installed on it, the robot can solve the following tasks:

The robot performs all of the above functions autonomously. The robot patrols the territory 24/7 during day and night. The robots choose the navigation route of their movement in such a way as to inspect the entire territory, to devote the most time to those places where strangers have already been spotted. Depending on the time of day, the robot chooses a patrol route and evaluates the possibility of the presence of service personnel on the territory.

From time to time, the robot moves to a charging station and recharges the batteries, preventing them from being completely discharged. While charging, the robot continues to carry out video surveillance and people detection.

The Artificial Intelligence level of the robot is high, and it is capable to perform actions that can force a potential intruder to leave the territory. Once the robot detects a stranger, it will first play a voice warning and send a photo of this person to the robot’s owner, if the stranger has not authorized or escaped, the robot will trigger an alarm. The fact of the presence of a security robot on the private property creates safety and serves as a preventive alert sign to any potential intruders.

Outdoor cameras, home security, and mobile robots what is the difference?

Outdoor mobile video surveillance carried out by the robot allows you to inspect the most secluded areas of the territory. Thanks to the onboard intelligent system for recognizing people and threats, the robot can detect individuals wearing a mask, take photos of a person’s face from a perspective suitable for recognition. When a person is detected approaching the protected area from outside, the robot changes its route and starts moving in the direction of a potential intrusion.

In contrast to the security system inside a smart home, which only detects the fact of intrusion. The outdoor robot can prevent entry into a house. A security robot is like a dog guard, running around the private property with only one mission – to secure the house.

Outdoor video cameras installed on a house and adjacent territory can serve as an obstacle to intrusion only partially by being noticeable and easy to avoid. Besides, connecting all cameras to an intelligent video surveillance system requires significant effort and expense, and therefore rarely done. At the same time, a video surveillance system without an advanced video analysis system does not prevent an intrusion, but only helps to investigate it.

Outdoor security robot is a new higher level of security, and not passive as a standalone camera, but active security. The robot actively counteracts the invasion even in its initial phases.

Recently, security robots were available only for the professional protection of industrial facilities. Now the level of technology has evolved so much that it has become available for private use. During the COVID-19 pandemic, it became obvious to everyone that a modern smart private estate has to be serviced by robots. The presence of service personnel should be kept to a minimum. A security robot is one of the first and most important steps to achieve this goal. Advanced technologies developed by SMP Robotics allow you to use them now.

Obviously, in a year or two, not one of the modern luxury houses will be complete without robots that ensure their convenience, and safety. Robots, like the smart system, significantly increase the value of the real estate, the attractiveness of transactions with it, and the benefits of owning it.

Installing a robot into a smart home

Installing a robot to protect private property is no more difficult than installing a modern smart home system. An installer who maintains an existing smart home system can easily cope with launching robots for home security. The maintenance of robots is also capable of the technical personnel serving the smart home. SMP Robotics 24/7 provides technical support and assistance for them.

The Picard S5.2 PTZ IS robot is the best choice for protecting private property. This robot model is optimal for the protection of private properties with an area of 1 acre or more. For a larger area or if it has a complex shape, more robots should be used. This model of the robot can effectively resist intrusion if the site has a transparent, mesh fence. A PTZ camera can see a potential intruder at a significant distance from the site.

For a smaller plot or area enclosed with a solid fence, the Prompt S5.2 IS robot is a good choice. This model is affordable and can be an effective addition to the Picard robot.

The Prompt 2021 model has a compartment for transporting small parcels. This allows it to be used for picking up packages at the gates of a private area. This solution is effective for large estates and ranches. Prompt 2021 is capable of transporting cargo and providing security video surveillance at the same time.

For large ranches or villas with plots of about a hundred acres, the Argus S5.2 IR robot is recommended. This robot is equipped with a thermal camera and can reliably detect people in dark areas. Argus robots are used for professional security in many countries of the world, in the territories of world leaders in the industrial industry. For several years of operation, this model has demonstrated high efficiency in the most difficult conditions.

We invite smart home installers all over the world to cooperate! 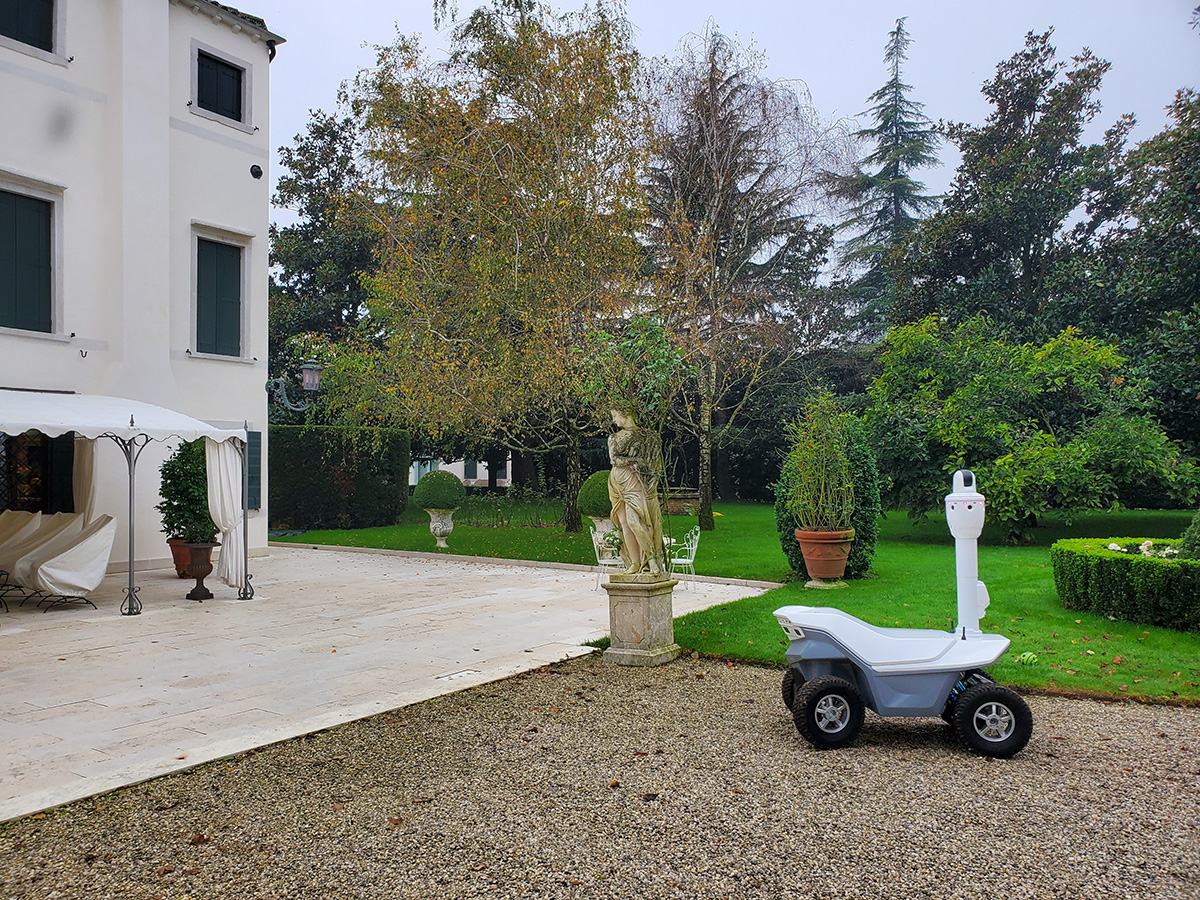 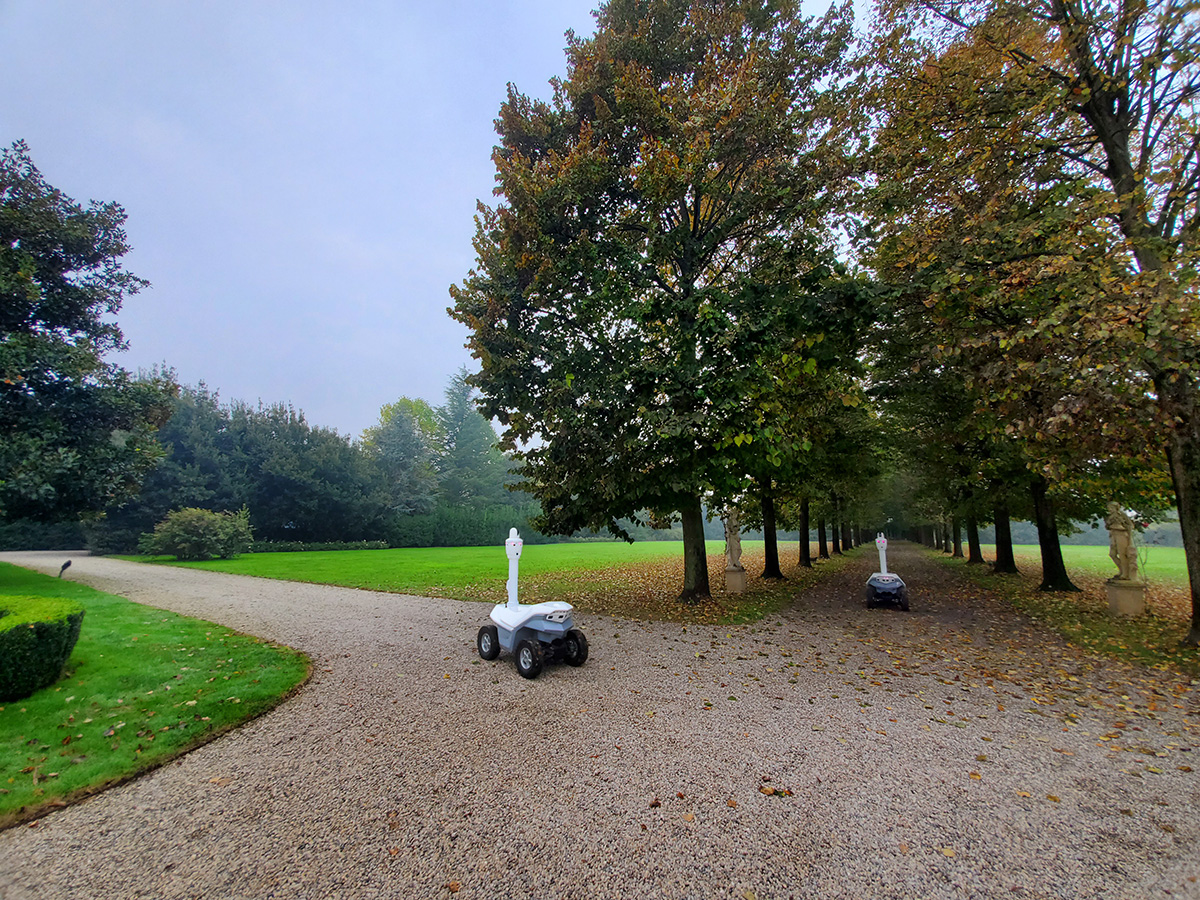 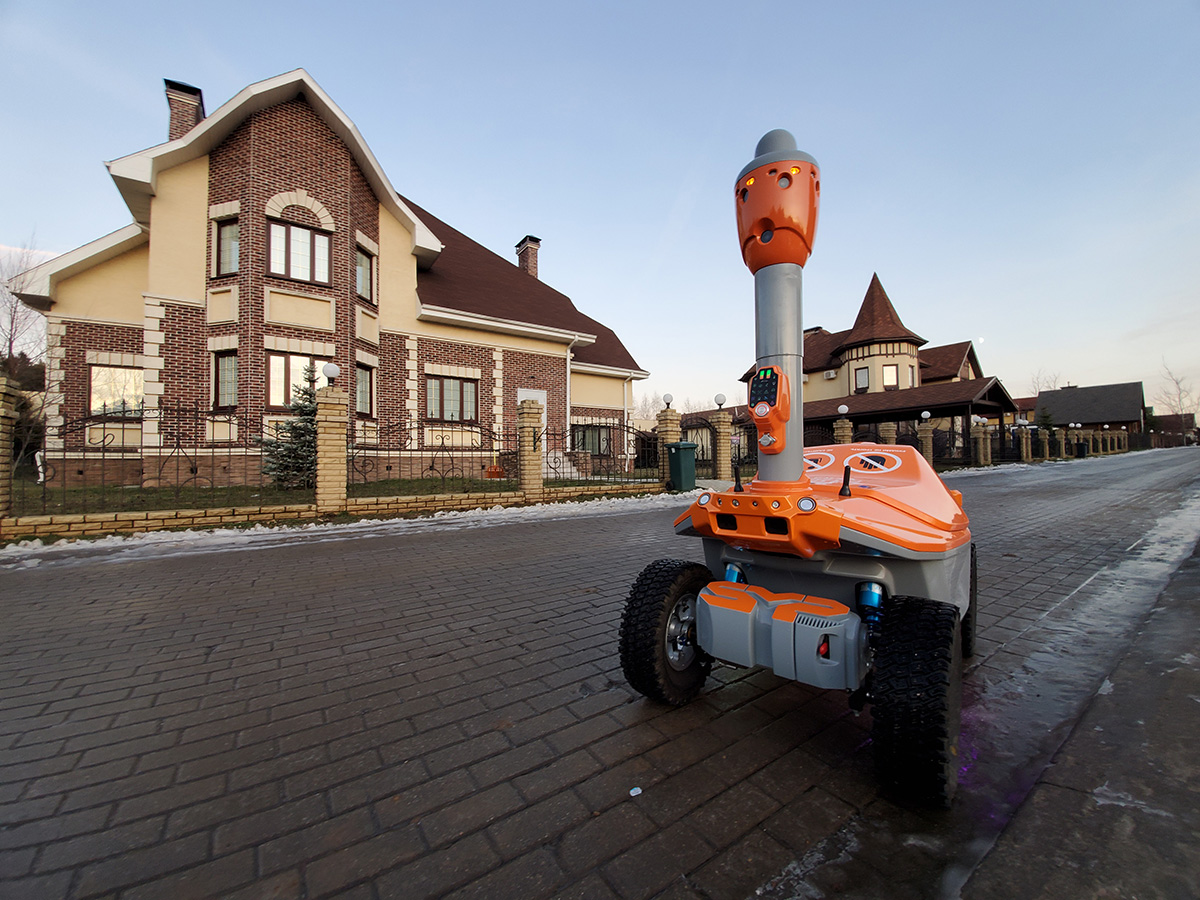 * THE BEST CHOICE FOR SMART HOUSES