When the robot discovers an intruder, it stops on the designated route and tracks along the optimal route to the intruder. This optimal route is not simply the shortest to the target, but it is one with least obstacles. It also shares the information about the intruder’s activity and coordinates with other robots or a group of robots closest to the intruder. The robots that do not track intruders perform normal security patrolling while increasing mutual interval.

The robot closest to the intruder sends an alarm, the intruder’s image and GPS coordinates to the central security station. The security guard will head to the scene. In addition, the human operator confirms the alarm and decides whether to continue tracking, cancel the alarm, and return to the normal patrolling activity. 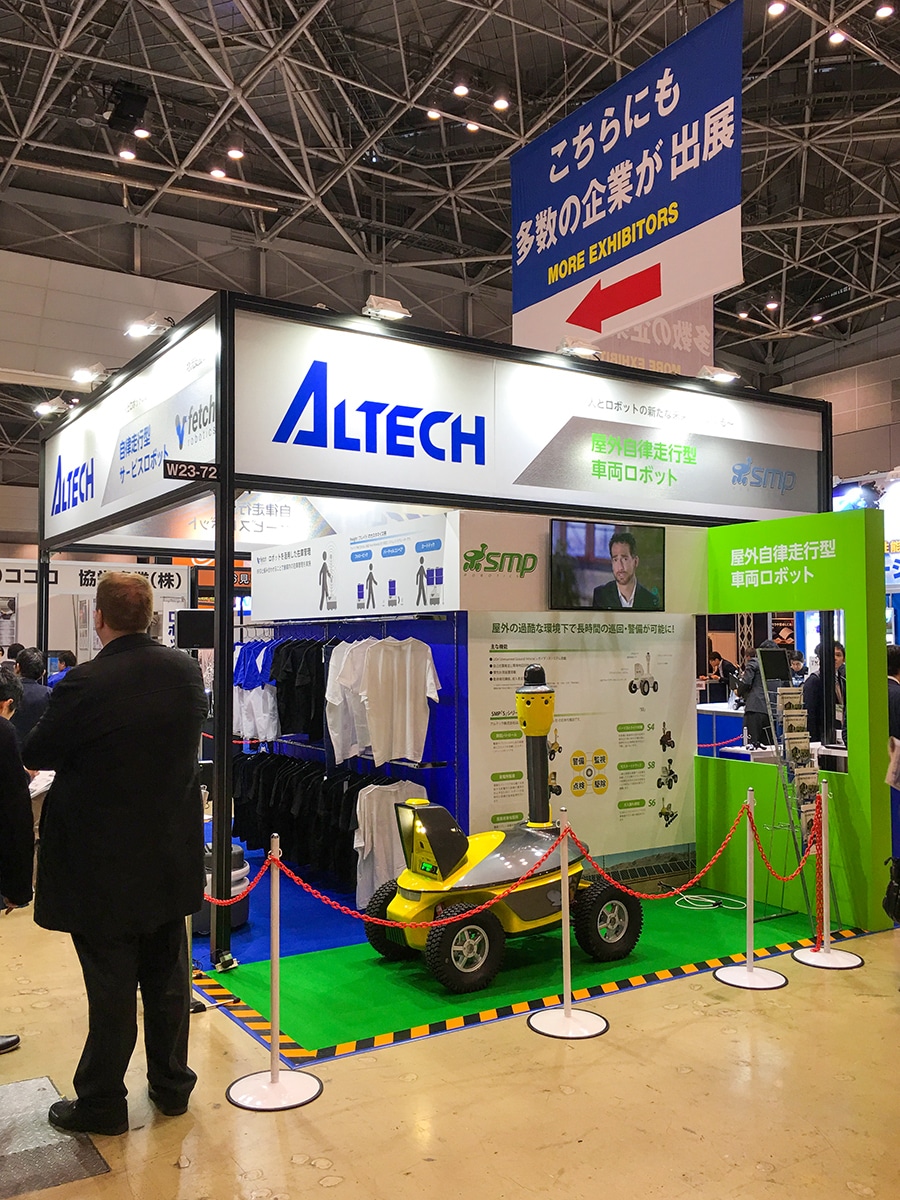