IWA’s international event, Water and Development Congress & Exhibition 2017, brought together thousands of professionals for networking to solve problems around emerging economies and water resource management. The exhibition was held in Buenos Aires, Argentina and hosted by the Ministry of Interior of Public Works and Housing of the Argentine Republic, through AySa and the Inter-American Development Bank, from December 13th through the 16th.

In order to ensure event safety, SPS, established 30 years ago and as the leader of electronic security in the country, provided security with the implementation of its S5 Security Robots and the assembly of CCTVs for video surveillance. The company’s goal was to provide effective and efficient security with state-of-the art technology.

The Security Robots were set in place by SPS, were functioned perfectly during the four consecutive days of the event. The mobile robots knew how to adapt to movements of people, which were very intense to follow among the attendees, detecting obstacles, dodging them and continuing along pre-established routes.

The robots moved over uneven terrain, climbing up and down slopes and also successfully navigated other route challenges. They adapted perfectly to soil, grass and asphalt, working so precisely during the four days that the planned route continued to be repeated over the track marked at the beginning of the event by the robot’s wheels.

Throughout its routes, monitoring points were established by recorded time, mainly in the entrances and main arteries of movement. Points were also established in complex human traffic areas in order to have greater facility with attendees’ travel patterns, as well as to have greater security control over important sectors of the plant. 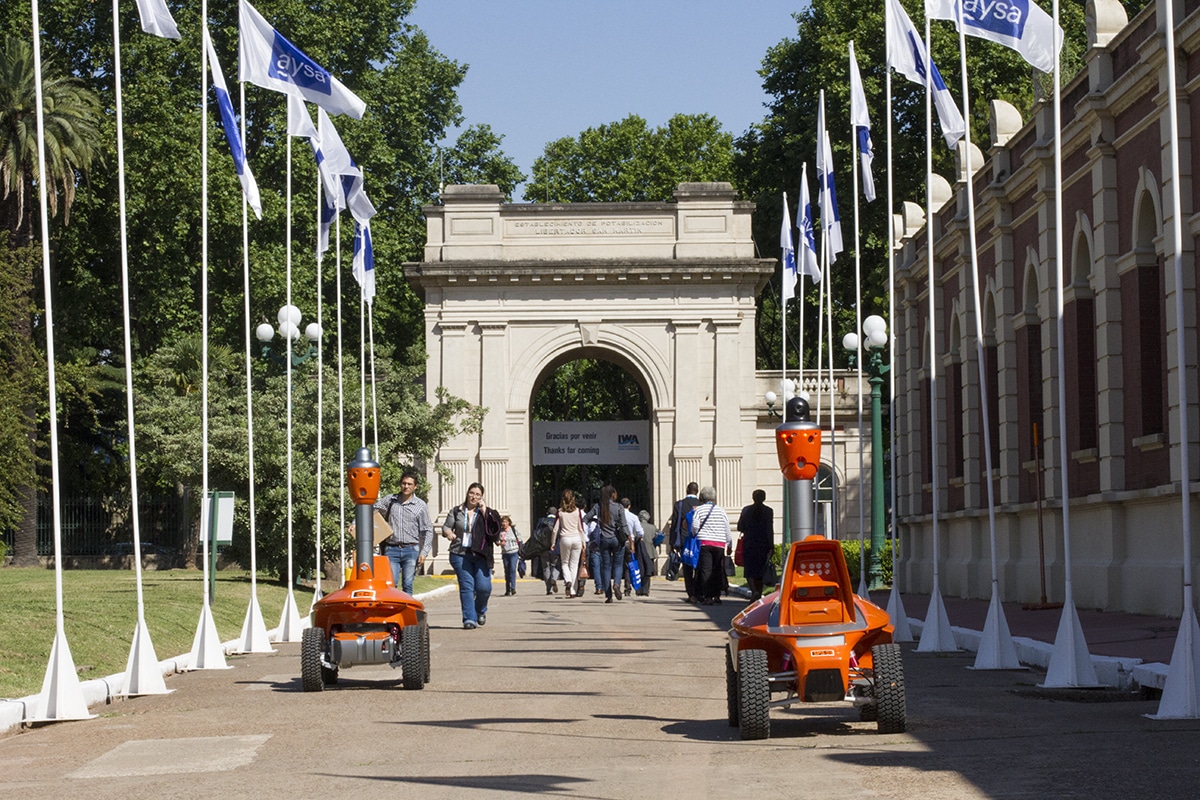 A state-of-the-art Remote Security Monitoring Bunker was stationed where highly trained operators were in charge of monitoring and operating video surveillance of the robots through the mounted CCTVs for the four days of the event.
Results were excellent, thanks to the great performance of the equipment, its perfect functioning and to the technicians of the company that carried out the implementations.

Throughout the day, the participants were very interested in the mobile robots and their functionalities. The company organizing the event, AySa, for whom SPS provides electronic security services with the latest technologies, was excited about projecting the implementation of several Robot Security Patrols throughout the company’s water treatment plants.

SPS, an early adopter of SMP Robots, implemented the robots’ usage perfectly, and the impact of this comfortably secure event was a complete success. 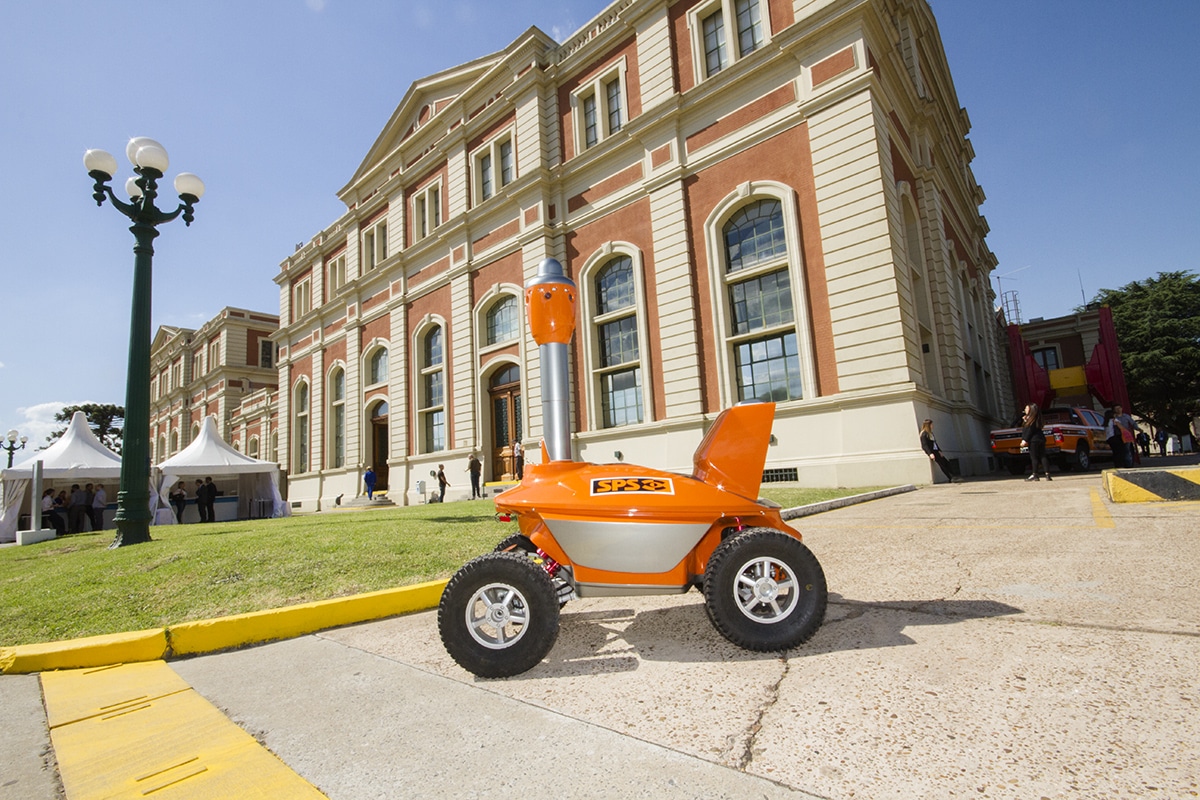