San Francisco, CA, March 14, 2017 – SMP Robotics Systems Corp. and TBC-France, a subsidiary of TBC-Monde Inc., a Franco-Canadian international trading group, which specializes in safety equipment, have today announced that they have signed a partnership agreement.

“We excited about our new alliance with TBC-France. They are the right distribution partner to provide sales and field level support and to expand our presence in Western Europe,” said Marina Kahl, VP of Marketing at SMP Robotics. “We currently work with distributors in Spain and Switzerland, and expanding to France and Belgium was the next logical step.”

TBC-France S.A.S. is a subsidiary of TBC-Monde Inc., a Franco-Canadian international trading group which specializes in safety equipment and is active in Asia, Africa and Latin America. 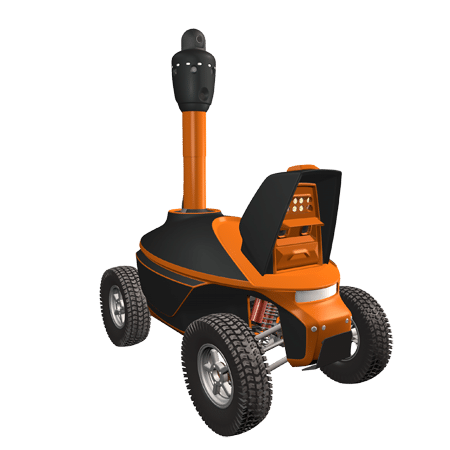 Equipped with a 360-degree video surveillance system consisting of six cameras and an HD PTZ camera, SMP Robotics S5 robots record and transmit real time video footage to the control center and generate alerts in case of incidents, allowing agents to step in or interact with individuals filmed by the cameras.

Thanks to their reliability and low operating cost, robots from SMP Robotics, which seamlessly integrate with existing systems, improve the security of perimeters to be protected without straining the budgets of organizations.

While the latest McKinsey report (2017) reveals that more than 60% of all jobs worldwide will be impacted by robots that could accomplish up to 30% of the tasks currently performed by humans, the security and protection sector is directly affected by this trend, the effects of which are already visible in the United States.

“Rather than a drawback, France’s slow adoption of robots – it has five times fewer industrial robots than Germany and ten times less than Japan – should be seen as an opportunity for businesses, including those in the security sector, to increase their productivity while providing higher quality surveillance services thanks to seamless human-machine interactions in value-added tasks,” explained Renato Cudicio, President of TBC-France.

SMP Robotics’ S5 robots will be introduced at the Salon AccesSecurity in Marseille at the end of March and distributed by TBC-France in France and Belgium as of the summer of 2017 on an all-inclusive rental basis with 24/7 support.